Bodh Gaya is the most holy place for Buddhists, situated by the bank of river Neranjana the place was then known as Uruwela. King Ashoka was the first to build a temple here.

The disciples of Gautama Siddhartha began to visit the place during the full moon in the month of Vaisakh (April–May), as per the Hindu calendar. Over time, the place became known as Bodh Gaya, the day of enlightenment as Buddha Purnima, and the tree as the Bodhi Tree. He discovered Noble Eight-fold path without help from anyone and practiced it, then he attained Buddhatva or enlightenment. Enlightenment is a state of being completely free from lust (raga), hatred (dosa) and delusion (moha). By gaining enlightenment, you enter Nirvana, in which the final stage is Parinirvana.

Bodh Gaya is a religious site and place of pilgrimage associated with the Mahabodhi Temple Complex in Gaya district in the Indian state of Bihar. It is famous as it is the place where Gautama Buddha is said to have attained Enlightenment  under what became known as the Bodhi Tree. Since antiquity, Bodh Gaya has remained the object of pilgrimage and veneration for both Hindus and Buddhists. 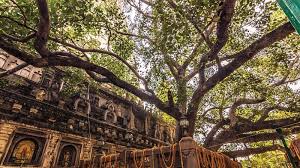 For Buddhists, Bodh Gaya is the most important of the main four pilgrimage sites related to the life of Gautama Buddha,[4] the other three being Kushinagar, Lumbini, and Sarnath. In 2002, Mahabodhi Temple, located in Bodh Gaya, became a UNESCO World Heritage Site.

The Great Buddha Statue also known as 80 feet statue is in Bodhgaya. The unveiling and consecration of the Great Buddha Statue took place on November 18, 1989. The consecration ceremony was attended by the XIVth Dalai Lama, who blessed the 25-meter statue, the first great Buddha ever built in the history of India. The Statue is now a symbol of the holy place Bodhgaya, next to Mahabohdi Temple which is a World Heritage site, and enjoys constant visits of pilgrims from all over the world. Among local people, it is nicknamed "the 80-foot (25-meter) Buddha Statue."

Under the slogan "Spread Buddha's rays to the Whole World," Daijokyo spent seven years on construction of the Great Buddha Statue, mobilizing 120,000 masons in total. The greatest driving force for this massive project was the pure heart of people, who wish for further expansion of Buddhism from the holy place Bodhgaya, as well as for the realization of world peace. We Daijokyo believers shall never forget this fact.

What is other to see in Bodhgaya? 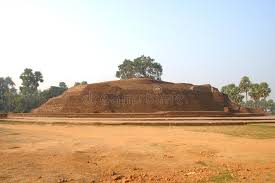 Sujata Stupa, also Sujata Kuti stupa or Sujata Garh, is a Buddhist stupa located in the village of Senanigrama (Bakraur) slightly east of Bodh Gaya in the state of Bihar, India. It lies directly across the Phalgu River from the town of Bodh Gaya, where Gautama Buddha is said to have attained enlightenment. It is a walk of about 20 minutes, from Bodh Gaya to Sujata Stupa. It was initially built in the 2nd century BCE as confirmed by finds of Dark Grey polished wares and a punch-marked coin in the monastery nearby.

The stupa was dedicated to the milkmaid Sujata, from the village of Bakraur, who is said to have fed Gautama Buddha milk and rice at this spot as he was sitting under a Banyan tree, thereby ending his seven years of fasting and asceticism, and allowing him to attain illumination through the Middle Way.