Khajuraho is one of the most popular tourist spots in Madhya Pradesh. It is famous for its ancient temples that depict some of the finest art in the world.

Based on their geographical location, the temples are categorized into three groups: Eastern, Western, and Southern. Beautiful, intricate, and expressive, the sculptures of the Khajuraho temples will leave you in awe and wonder.

Panna is home to more than 200 species of birds like king Vulture and hawk-eagle to name a few. One can also spot mighty cats like tigers and leopards along with the sloth bears, chinkaras, nilgais, etc.

It is one of the most prominent temples wit very fine sculptures visible over three bands of carvings. 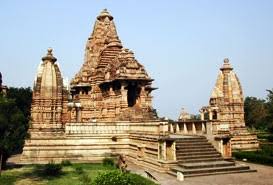 The largest and beautiful temple consisting of 872  spectacular statues.

The largest of the Jain Temples, this well-preserved structure is famous for its exceptional construction and intricate sculptures. 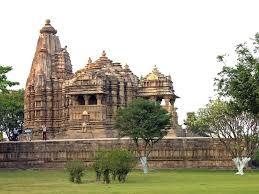 One of the most unique, this temple has beautiful depictions of hunting and elephant fights.

The Brahma Temple has a unique pyramid-shaped roof that carries the five manifestations of Shiva.a composite image of his powers and potentialities.