Naimiṣaraṇya also referred as Naimisha is a sacred forest frequently mentioned in Puranic literature as well as both the Ramayana and the Mahabharata.It is the place where Puranas had been narrated for the first time before a large gathering of sages. The place proper was undoubtedly of much religious efficacy as it was the abode of sixty-thousand Ṛṣis. 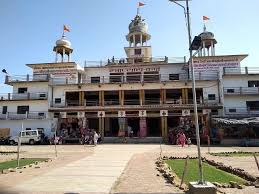 The ancient forest corresponds to modern day Nimsar situated along the Gomti River in Sitapur district of Uttar Pradesh, India.

According to the Ramayana, Naimiṣa was situated along the Gomati River. The sanctity attached to the place was such that Rama desired to celebrate Asvamedha sacrifice in this forest, and accordingly, placing his younger brother Lakshmana assisted by the priests in charge of the steed, himself went to the forest. It was during the sacrifice that Valmiki with his disciples came there and constructed some comfortable huts at a distance. Then Lava and Kusa recited the whole Ramayana which convinced Rama that they were the twin sons of Sita. Ultimately, Mother Earth appeared at Sita's invocation and, proving her innocence, accompanied her into the bowels of the earth. 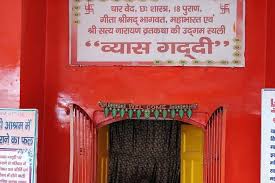